A Skateboarding Mason Is Rewriting Perceptions of Freemasonry

When he first started his Masonic skateboard-deck giveaway program, Joey Buice didn’t have much of a plan for how it would work. That was OK with him. As an artist and designer living in the high-desert town of Yucca Valley, on the northwestern edge of Joshua Tree National Park, Buice embraces a decidedly improvisational, do-it-yourself spirit. When he’s touched by a creative spark, Buice uses what’s close at hand to meet his needs and, he hopes, make the world a brighter place. Or at least a little less predictable. So when a local skateboarding company he’d been connected to dropped a shipment of decks off with him, he scrawled the square and compass on them, drove to the local skate park, and gave the haul away to some grateful, if possibly perplexed, local kids. That spirit of mischievous invention pervades Buice’s life. From his interactive art installations to his involvement in Yucca Valley № 802, Buice’s instinct is to make something out of nothing.

Over the past two years, Buice’s impromptu skate park drop-offs have grown. In addition to the donated decks, he takes in T-shirts and other merchandise from Gimme Danger, the L.A. clothing company he works for as a buyer, combing secondhand shops in search of vintage items to upcycle. His motivation isn’t publicity, he says, but rather paying it forward. “Sometimes there won’t be anyone at the park, and I’ll just leave some stuff for the next kid to grab,” he says.

A Masonic Skateboarder in Repose

As a punk-rock installation artist and skateboarding Mason, Buice doesn’t quite match up with the stereotypical  picture of a middle-aged, suburban member. (Then again, neither do the cohort of Masonic Burning Man patrons, Italian scooter aficionados, fireworks operators, or so many others.) But his interest in the craft is genuine, and he’s been embraced wholeheartedly by his lodge. Originally from Lake Tahoe, Buice moved to Orange County and fell into the local punk scene.

That led him to the annual Joshua Tree Music Festival, where he volunteered in set construction and stage design. Four years ago, he relocated to the desert full-time, where he now produces surrealistic art installations. “They’ve given me pretty complete creative control,” he says of the festival organizers.

In his festival designs, Buice works exclusively with repurposed materials, including acrylic house paint and discarded lumber. “I like textured, abstract stuff,” he says. One of his ongoing projects is a one-on-one improvisational show called Antiplat Atelier, in which Buice faces a single viewer inside an “Interrogationgatron”—basically a repurposed toolshed. Inside, the shed is rigged with artworks and props—there isn’t always a distinction between the two—and Buice engages the viewer in intense, sometimes nonsensical conversation. “I’m just trying to get them off guard and to leave in a better mood than they came in with,” he explains.

Growing up in the punk scene, he says, “everything was pretty heavy on the DIY, so that’s what got me to put myself out there.” In fact, Buice says that lately, he’s increasingly drawn back to music—he posts his records on Soundcloud. “I never stopped writing songs and poems, but during the pandemic I found myself writing more,” he says. “It’s a whole different process for me now. It took me to a different place.”

Buice compares his artistic and life mantras to transition skateboarding—moving from the flat surface up the walls of a ramp or bowl. “I like to keep things curvy and moving, because you don’t want to stay in one spot,” he says. He sees in that an apt metaphor. “Mental health-wise, [stasis] is not a good thing. Even if you’re swinging back, you’re moving, making momentum and ultimately getting yourself somewhere higher or farther.”

So when in 2018 Buice felt himself being drawn toward Freemasonry, he acted on it. According to lodge master T.C. Dowden, Buice made his mark right away. “Joey isn’t a wallflower,” he says. “He lends a hand every chance he gets, whether it’s painting the dining room or cleaning carpets. He’s a genuinely cheerful, likable guy.”

As for how he fits into the culture of the lodge, which Dowden says has historically tended toward older members, he says Buice has added some much-needed energy. “He’s gregarious,” Dowden says with a chuckle. “He’s one of the good young millennials. He injects some humor and life into the lodge, but when it’s time to be serious, he’s able to do that, too.” 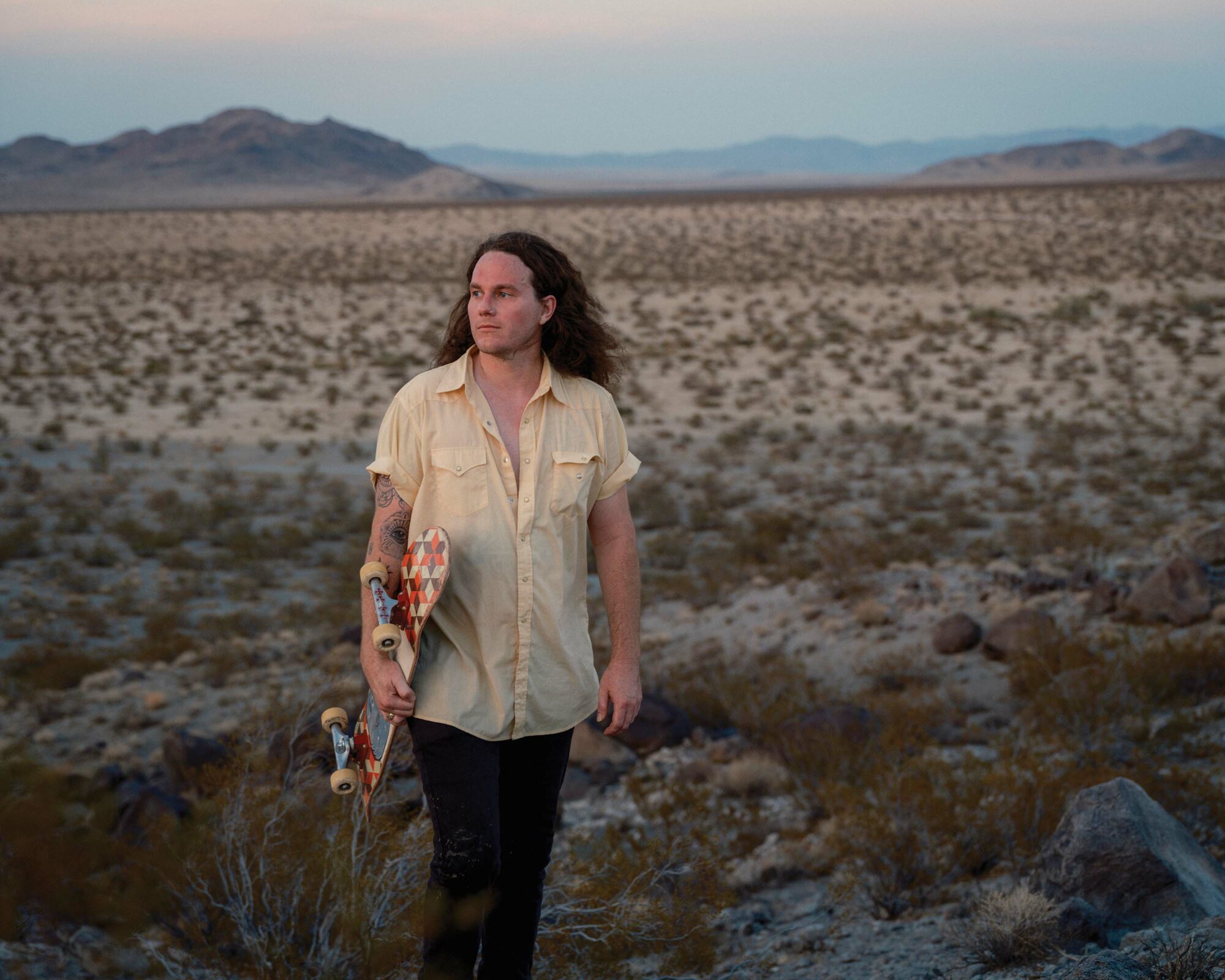 This year, Buice is serving as his district’s Masons4Mitts captain, and his outgoing personality has paid off in fundraising efforts for the youth-sports program. He’s also begun passing the hat after stated meetings to purchase more skateboarding equipment for local kids. Buice says he has designs on having the lodge sponsor a Masonic skateboarding competition in the future, and he hopes that when a nearby skate park opens in 2024, the lodge can lay the cornerstone for it.

Whether it’s degree work or kickflips, from Buice’s perspective, it all comes from the same place of creativity. “Temples or cathedrals can look like upside-down skateboard parks if you use your imagination,” he says with a laugh. “You can probably compare the components of skating to the working tools of Masonry or some other life lessons. But I won’t get too ahead of myself.”

Above:
Joey Buice of Yucca Valley Valley № 802 has launched a skateboard-equipment giveaway program that his lodge now participates in. 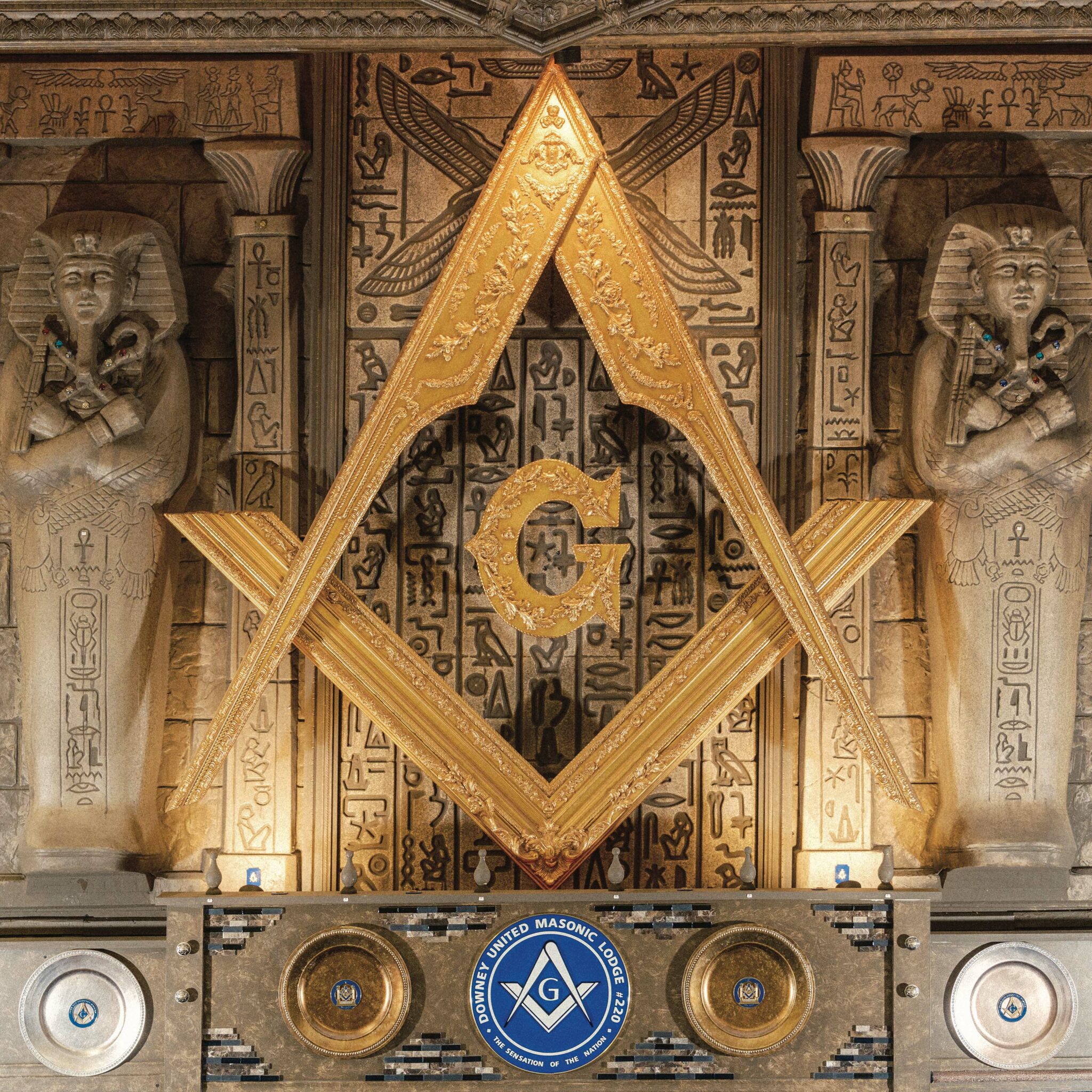 At Downey United, a Mason Leaves an Artistic Legacy

There’s no missing the massive, Egyptian-inspired wall art known as the Raj Mahal, executed by Mason artist Raj Champieri, at Downey United No. 220. 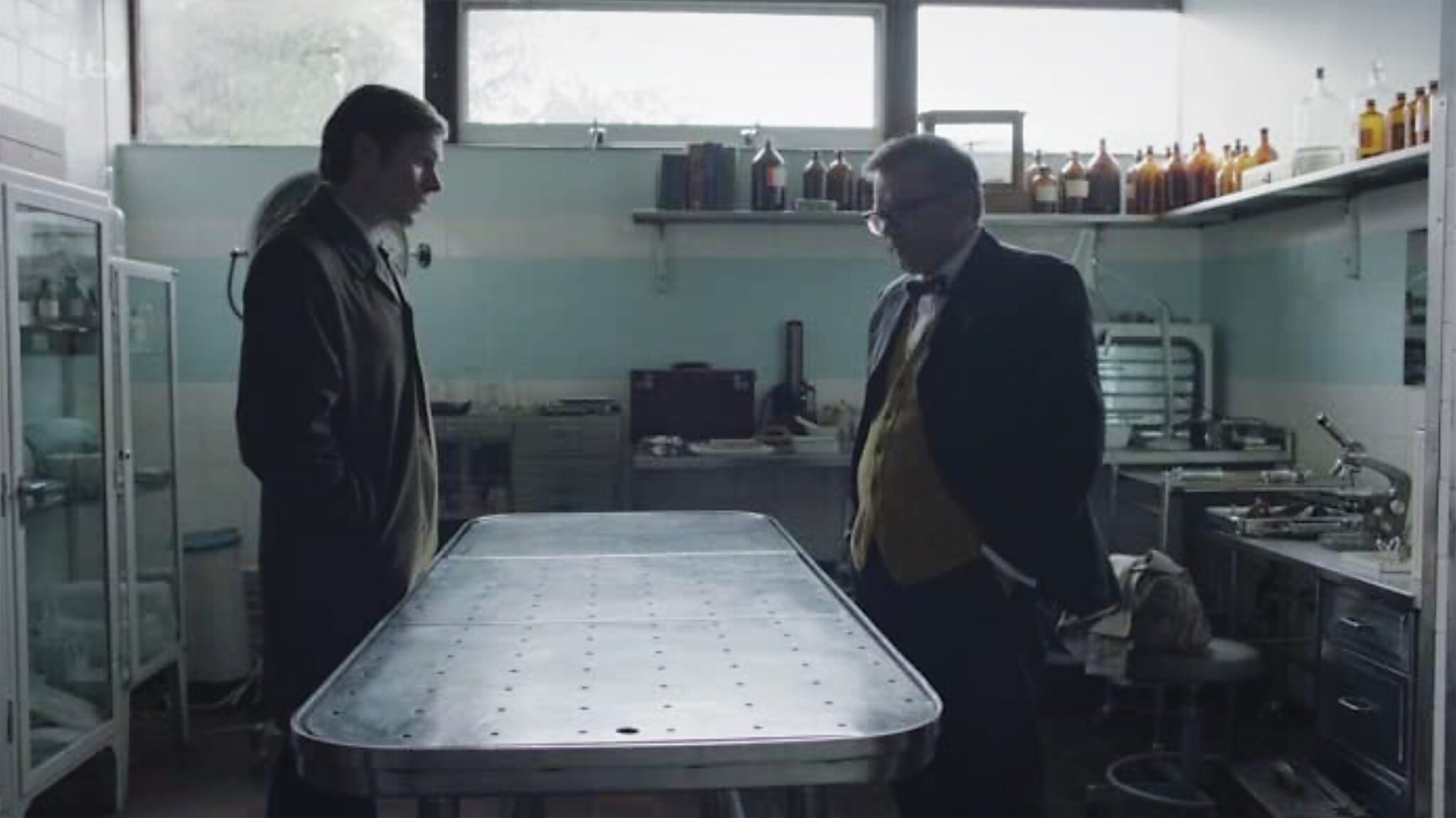