IN BARSTOW, ONE LODGE’S REPUTATION FOR
CAMARADERIE IS KNOWN FOR MILES AROUND. 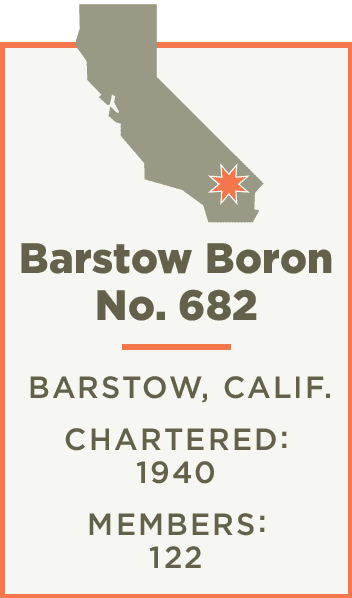 Between the traffic and the sprawl, pretty much every Southern Californian is resigned to spending several hours per week in a car. “That’s just the price we pay,” says Miguel Vazquez, who lives in the heart of Los Angeles near LAX. Vazquez is an extreme case: As master of his not-so-nearby lodge, Barstow Boron No. 682, he makes the more-than-two-hour trip into the Inland Empire numerous times each week to sit in the East.

Still, you won’t hear Vazquez complain. Neither will the other members of the 122-person Masonic lodge, which has distinguished itself in part by just how far its members are willing to travel to sit together each week. After visiting the out-of-the-way temple one day with friends, Vazquez knew immediately that the trip was one worth repeating. “Right when I stepped foot inside the lodge, I knew it was something special,” Vazquez says.

Other members of Barstow Boron No. 682 agree. “You’re only a stranger once,” says Darrell Kemp, a past master. “We take fellowship very seriously here.”

That takes the form of a jam-packed lodge calendar. With about 30 active members, the lodge devotes much of its time to participating in local parades and fundraisers, and hosting dinners for lodge widows and special guests. But it’s the unofficial lodge events that really bring members together.

“No matter what you’re looking for, there’s a good chance another member wants to do that too,” Vazquez says. He points to a weekly lodge lunch that’s been going on for more than 40 years. “It’s a chance for four or five of us retirees to check in with each other,” says Ed Hignett, lodge treasurer and a 50-year member.

Others can join the “Wrecking Crew,” wherein members descend on lodge secretary Bob Smith’s garage to work on cars or other mechanical projects. “It started out as some members coming over to use my car hoist, but now we’ve got a group of guys who are good at welding and other mechanical work,” Smith says. Then there’s the lodge’s fight night for watching pay-per-view boxing matches on TV.

The specifics of these gatherings can change, Vazquez says. In the end, it’s the group’s eagerness to incorporate one another into their lives away from the lodge that’s created such a tight-knit community—and that keeps members driving all that way week after week. “We have some great men in our lodge,” says Jim Fourr, a founding member of Boron No. 822, and still an active member of the consolidated Barstow Boron No. 682. “That’s why I’m still willing to drive the 45 minutes to lodge each time,” he says—“which is a pretty big effort, considering I’m 94.”

Above:
Lodge master Miguel Vazquez (left) is one of several members who make the long trek to Barstow each week for lodge meetings. 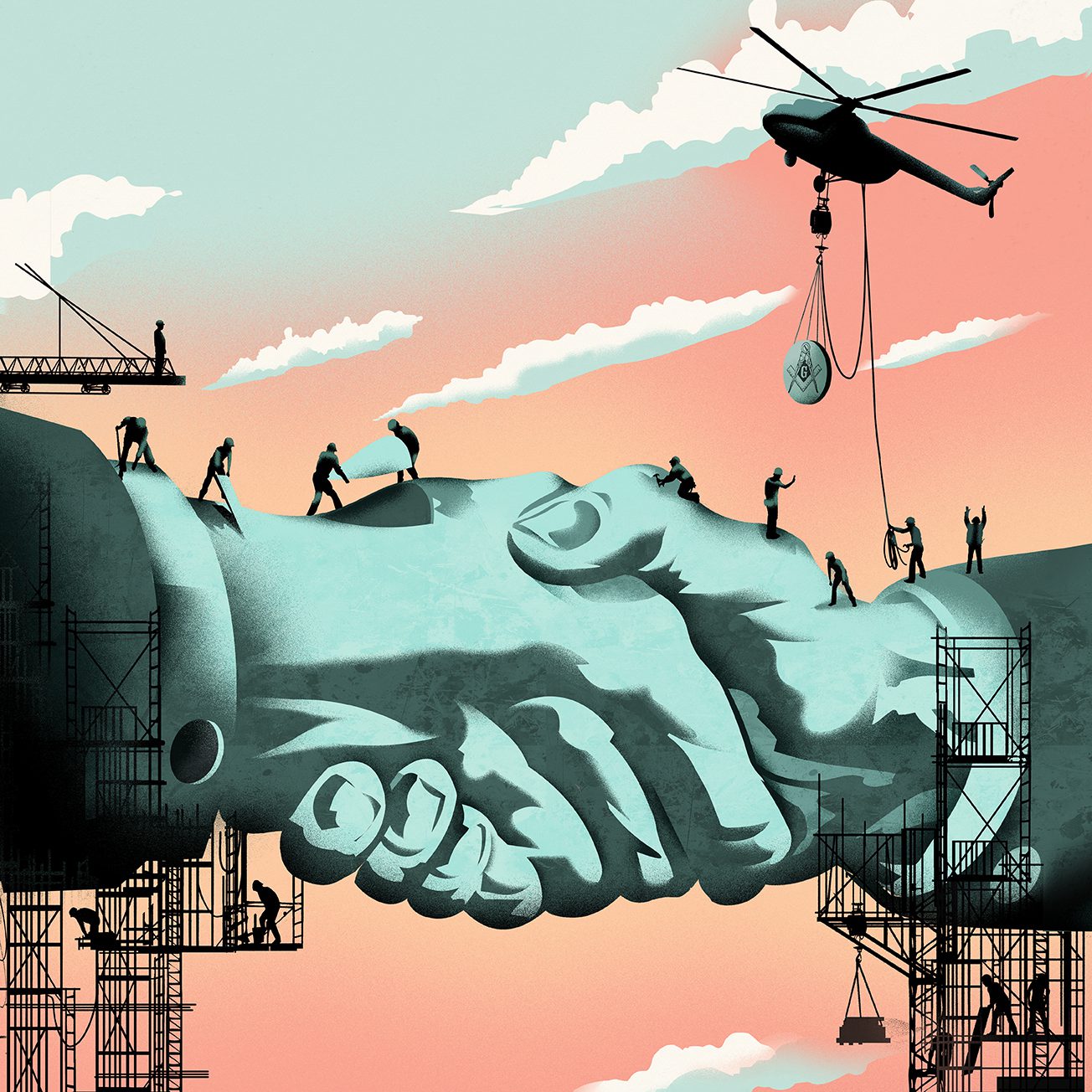 Why building harmony and friendships are the most important parts of Freemasonry. 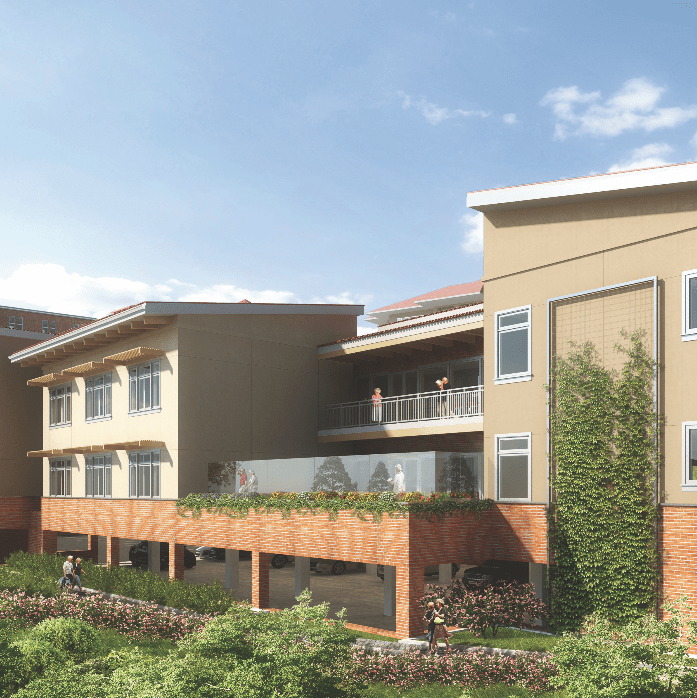 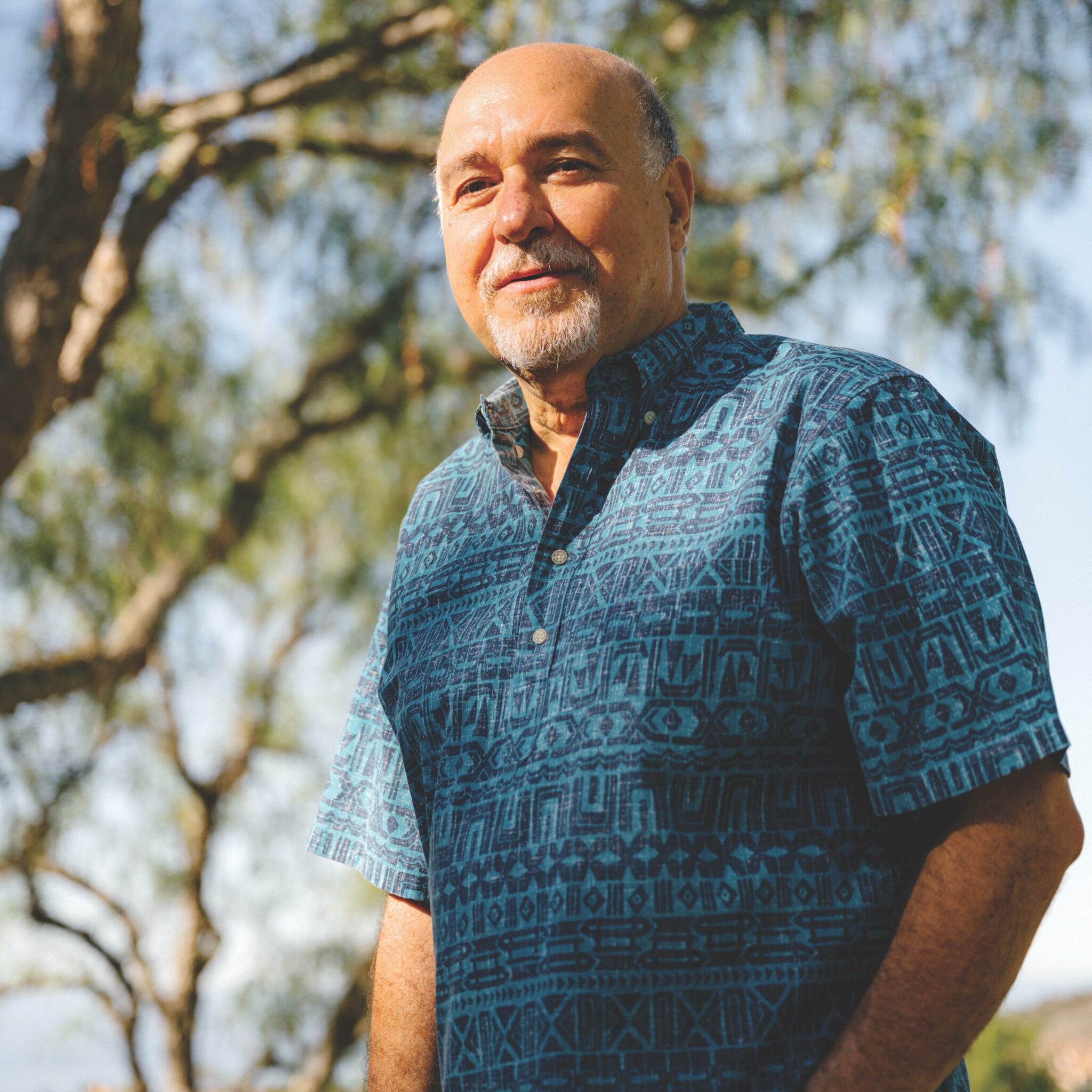 Why a California Mason and financial planner is planning for his own death.