DID AN UNWITTING MASONIC ARTIST LAY CLAIM TO AN AMERICAN ICON?

What started as an idea to turn a quick buck on a national holiday morphed into a million-dollar idea for Jim McCullough. As a starving artist in the seventies, McCullough fell backward into owning the copyright to the Eye of Providence, that mysterious image on the dollar bill. And while he never managed to cash in on his fortune, the story behind it is about as bizarre as the floating, radiating eye itself.

“It’s the most iconic image on the planet,” McCullough says. “Everyone knows that symbol.”

The saga started in 1976. McCullough, a member of Mill Valley No. 356, and his business partner, Preston “Presto” Stuart, were film students in San Francisco, where they ran a T-shirt business. In honor of the bicentennial, they’d been designing shirts sporting classic Americana like the “Don’t Tread on Me” flag. Then another idea struck them: How about a T-shirt featuring the Eye of Providence, that strange, trippy symbol on the back of the dollar bill?

Certainly, it’s one of the strangest government symbols around: a floating human eye within a triangle, illuminated by a shining ray of light, levitating over an unfinished brick pyramid. To an artistic spirit like McCullough, it was practically irresistible.

For generations, the image has baffled onlookers and, thanks to what seems like a connection to Freemasonry, inspired countless conspiracies. In reality, the all-seeing eye isn’t unique to Masonry, and is actually a common representation of divine protection used in many religious traditions.

In the case of the circa-1782 seal on the dollar, the eye watching over an unfinished, 13-step pyramid is typically interpreted as God’s benevolent sanction of the new nation. It’s surrounded by the phrases annuit coeptis (“He has favored our undertakings”) and novus ordo seclorum (“a new succession of ages”). The film National Treasure and the novels of Dan Brown have contributed to the misbelief that the image conceals a secret Masonic meaning. And while there are iconographic echoes aplenty to be found in the great seal where Masonry is concerned, they’re more likely emblematic of a shared affinity for Renaissance-era symbolism than any kind of conspiratorial clue.

All McCollough wanted to know was: Could he get sued for using it?

He wrote to the U.S. Department of the Treasury to inquire, and in response was sent a Form H application for reproduction copyright. McCullough called the copyright office back. He wasn’t trying to buy the rights to the Eye of Providence, he explained. Just put it on a shirt.

The staffer explained: The Eye of Providence was an unprotected image. But McCullough and Stuart could file a reproduction copyright claim on it for a simple $6 fee. So they did. Weeks later, they received a stamped certification in the mail. They now owned one of the most recognizable images in American pop culture. “I remember being exhilarated,” McCullough recalls. “It was amazing. I guess we were supposed to have it.”

Well, maybe. That was 45 years ago. McCullough still believes he owns the copyright. But that’s where things get hazy. As for other documentation, McCullough cites his attorney from the time, a former guitar player who goes by the name Lonesome Eddy, who says he has the paperwork related to the copyright in his basement. According to the U.S. Copyright Office, only a federal court can determine a copyright if it’s contested. (This one isn’t.) Furthermore, any work made pre-1926 is in the public domain.

As Eddy explains, McCullough and Presto don’t actually own the Eye of Providence; they own their sketch of it, which happens to look the same. So the million-dollar question remains: Are McCullough, Presto, and Lonesome Eddy sitting on a potential goldmine?

Lord only knows. McCullough and Presto never tried or managed to make money off the image, and the T-shirt company is long gone. McCullough says he’s seen the symbol out in the wild, but never taken any steps to sue anyone for copyright infringement.

It’s better that way, he says. Both Stuart and McCullough are jovial, aging artists with no appetite for courtroom drama. The symbol, they say, shouldn’t belong to litigious profiteers.

Still, the eye is “secretive and wonderful,” says McCullough, now a marketing consultant for Hollywood films. He always wanted to turn his unlikely copyright into some kind of lasting project, one that might make a buck. Instead, it’s left a different kind of legacy, he says. “It was good for a laugh.” 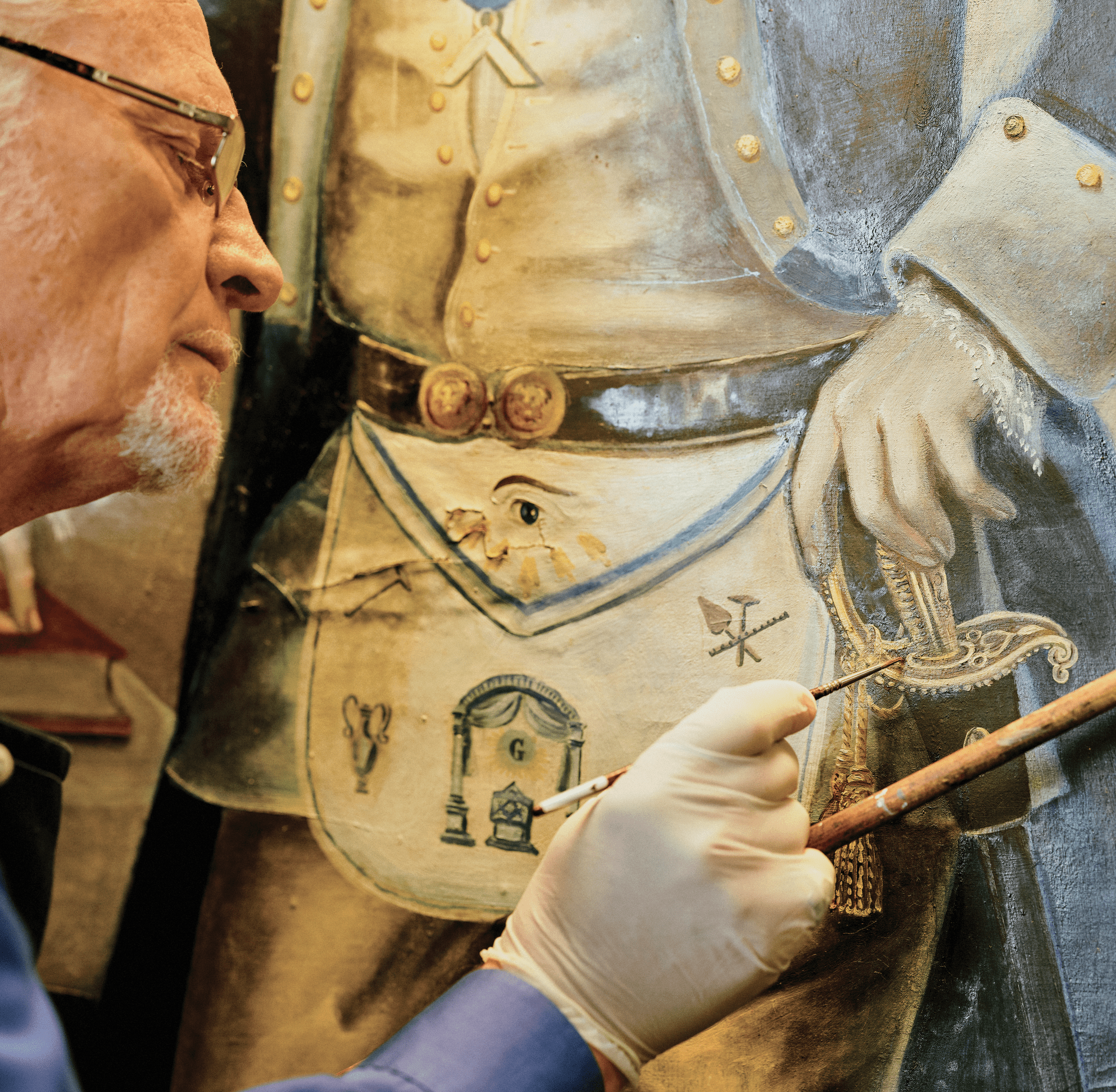 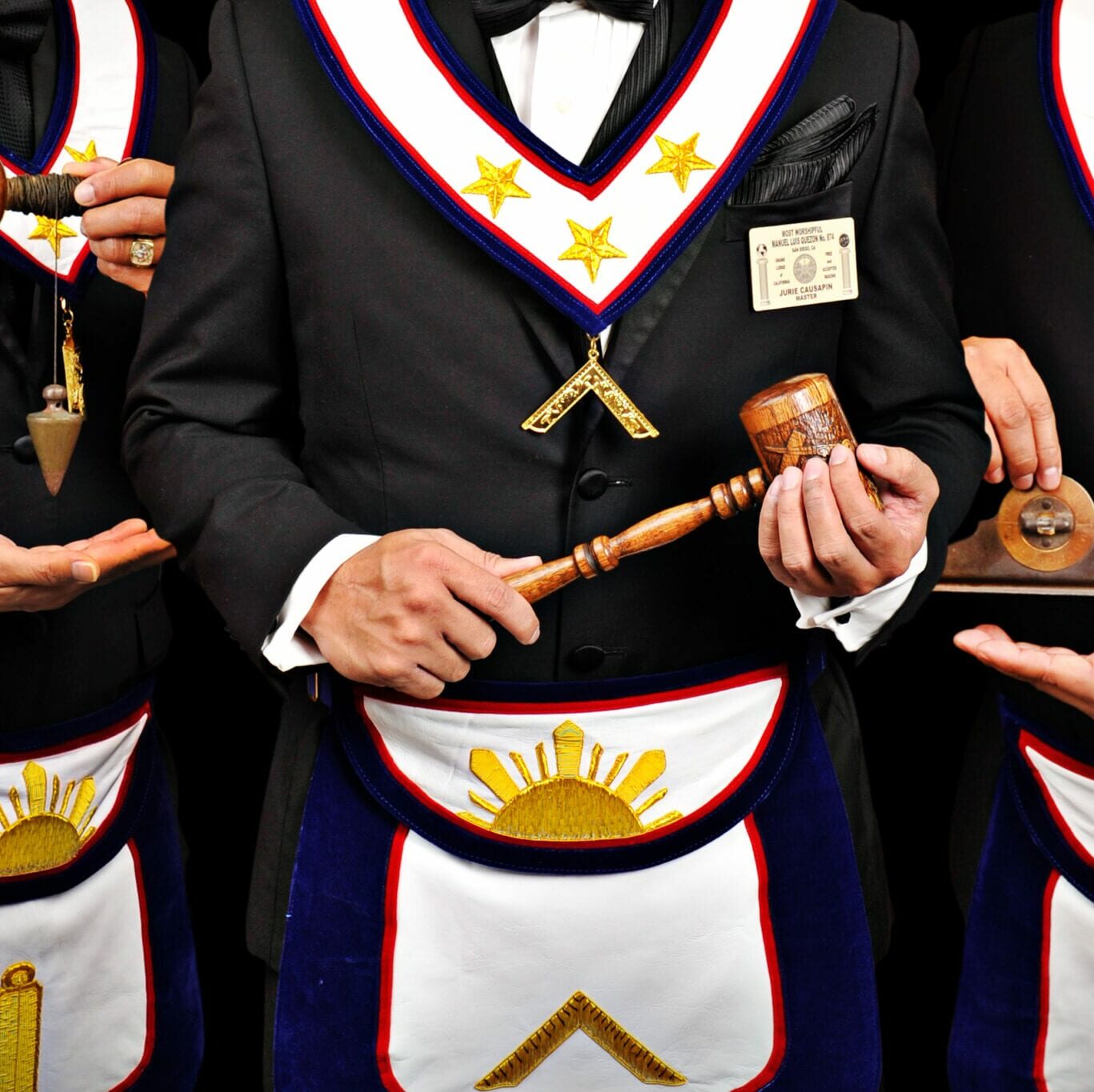