Amidst the Glory of Nature

Every structure has a creation story – a tale of the hands that built it and the forces that compelled them. In Masonry, the most famous is Solomon’s Temple. More than 150,000 Masons worked for seven years building a temple for the glory of God. 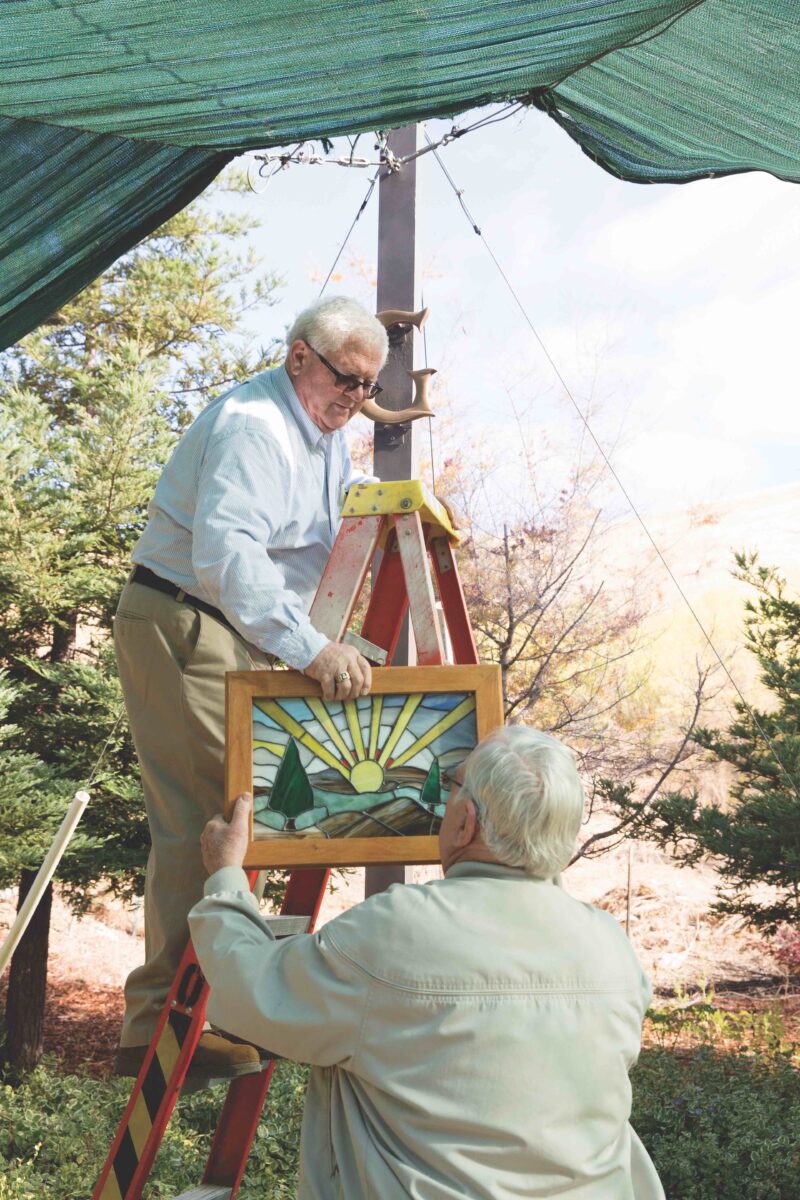 The brothers at Siminoff Daylight Lodge No. 850 know something of this. So do brothers from Pleasanton Lodge No. 321, Mosaic Lodge No. 218, Alameda Lodge No. 167, and Acacia Lodge No. 243. Starting in 2010, they came together to build a new place to practice Masonry in California. They were motivated by love of the craft, and love of a place that’s special for every California brother – the first Masonic Home in Union City. In a picturesque canyon tucked far from the hum of campus, they cleared and graded the land for an outdoor degree site. They dug ditches. They hauled dirt. They laid pipe and poured concrete. For almost three years, more than 40 brothers – some skilled in construction; some who’d never come closer than the symbolic tools of the lodge – leveled and plumbed, measured and squared. And sweated.

“We didn’t contract anything out,” says Jack McClellan. “We did it all ourselves.” McClellan is a retired general contractor who lives at the Home. In 2010, he was serving as master of the on-campus Siminoff Lodge, and led the brothers in advocating for an outdoor site. When they got the go-ahead from Grand Lodge, he became the site’s de facto Hiram Abiff, drawing up the plans and supervising all the work. 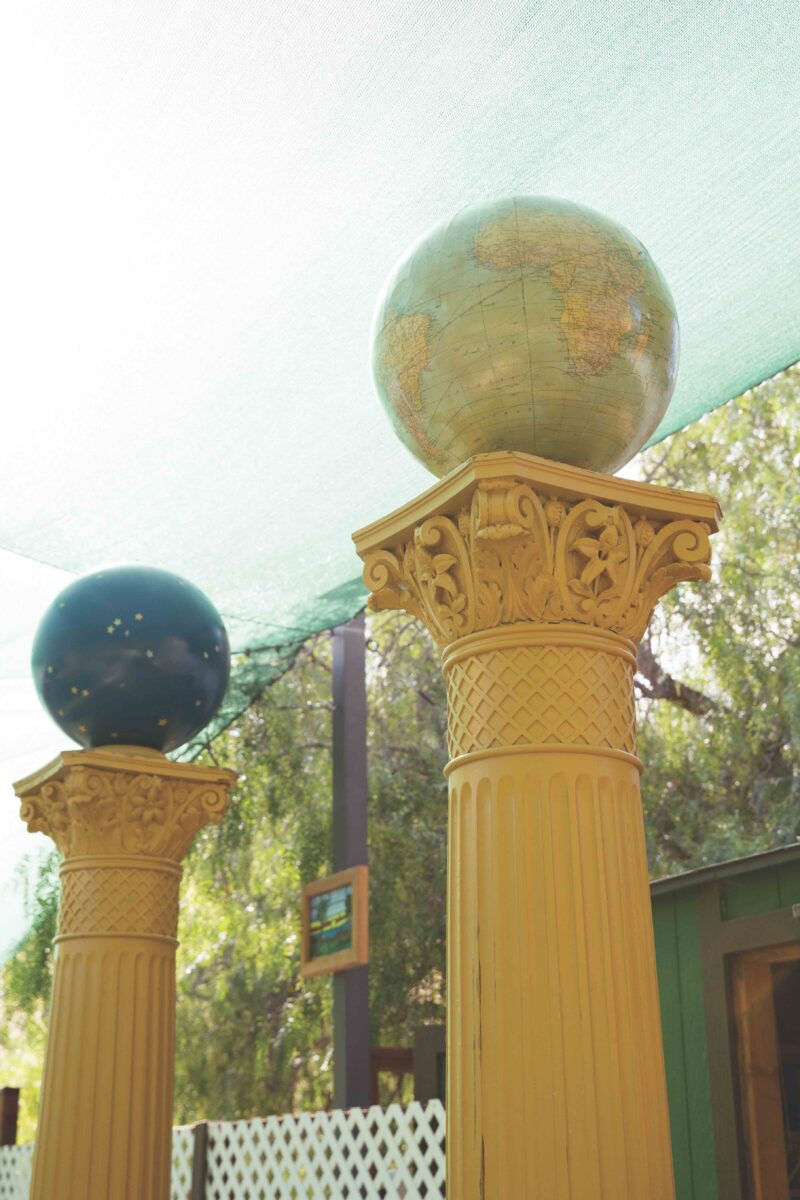 Today, lodges from throughout the state travel to the site on weekends to perform degrees. They do their work protected on three sides by the towering hills of the box canyon and on the fourth by a cluster of young redwoods. Hawks and turkeys fly overhead. A mounted patrol of riders on palomino horses from Livermore’s Aahmes Shrine sometimes stands sentinel on the hilltops.

“Practicing in a setting like this pushes Masonry further. It shows that our craft can be done anywhere in the world,” says Ken Hamm, a journeyman plumber and electrician. Back when construction began, Hamm was an employee of the Home and a relatively new Mason. His skills and time were integral to achieving the brothers’ goals. 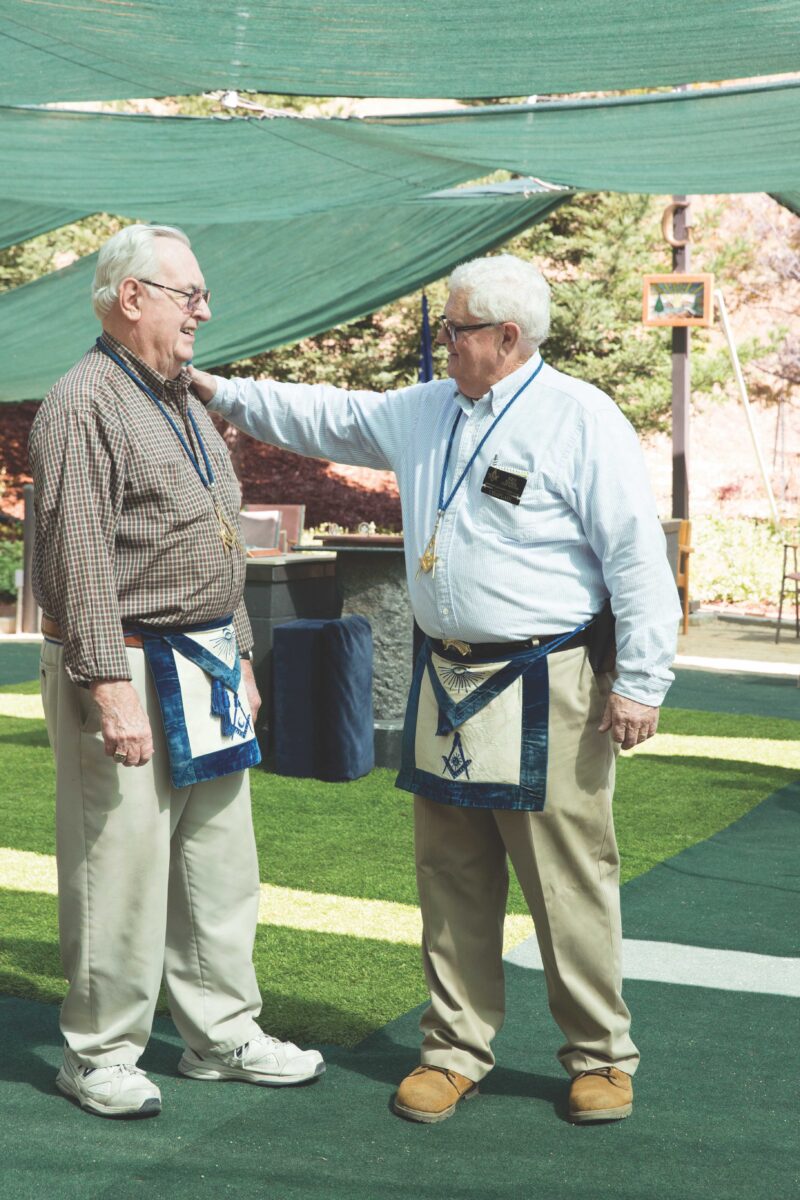 Masons go to the tops of mountains and the depths of caves for outdoor degrees, Hamm points out. These days, they also come to their Masonic Home. “This degree site belongs to every Mason in California,” he says.

Before the outdoor degree site was built, this corner of the campus was enjoyed only by cows that wandered over from the grazing fields behind the Home. The journey to the site recalls this solitude – a slipping away from the buzz of community to the stillness of nature. Brothers are shuttled in carts down an old dirt fire road, winding steeply past a line of redwood trees, donated by the Homes board members; approaching the site, they entered the dappled shade of redwood groves dedicated to the site’s founders and supporting grand masters. Altogether, these 30 or so redwoods will eventually soar up to 80 feet high, creating a cathedral in the open air.

The site has a dirt floor, keeping with the primitive tradition of outdoor degrees. But it also has a meticulous border of curbs and gutters so runoff from the surrounding hills doesn’t compromise the footing. It’s furnished with permanent pedestals, and a concrete altar and lecterns poured by Inspector at Large Charles “Chuck” Jeronimo, a brick mason by trade. Thanks to the volunteer hours of brothers like Dick Sullivan, a resident at the Home and experienced electrician, an irrigation system keeps the area watered and provides a hook-up for fire hoses, and the site is rigged for electricity to someday illuminate night degrees and power other amenities. (Due to the prohibitive cost of copper wiring, the brothers are waiting for a donation of wire or sufficient funds to flip the switch.) As a source of shade while the redwood trees mature, resident and sail-maker Byron Corley made a multipiece canvas canopy, sewn on the machine he brought with him when he moved into the Home. William “Bill” Fretz made the leaded stained glass panels that adorn each officer station. 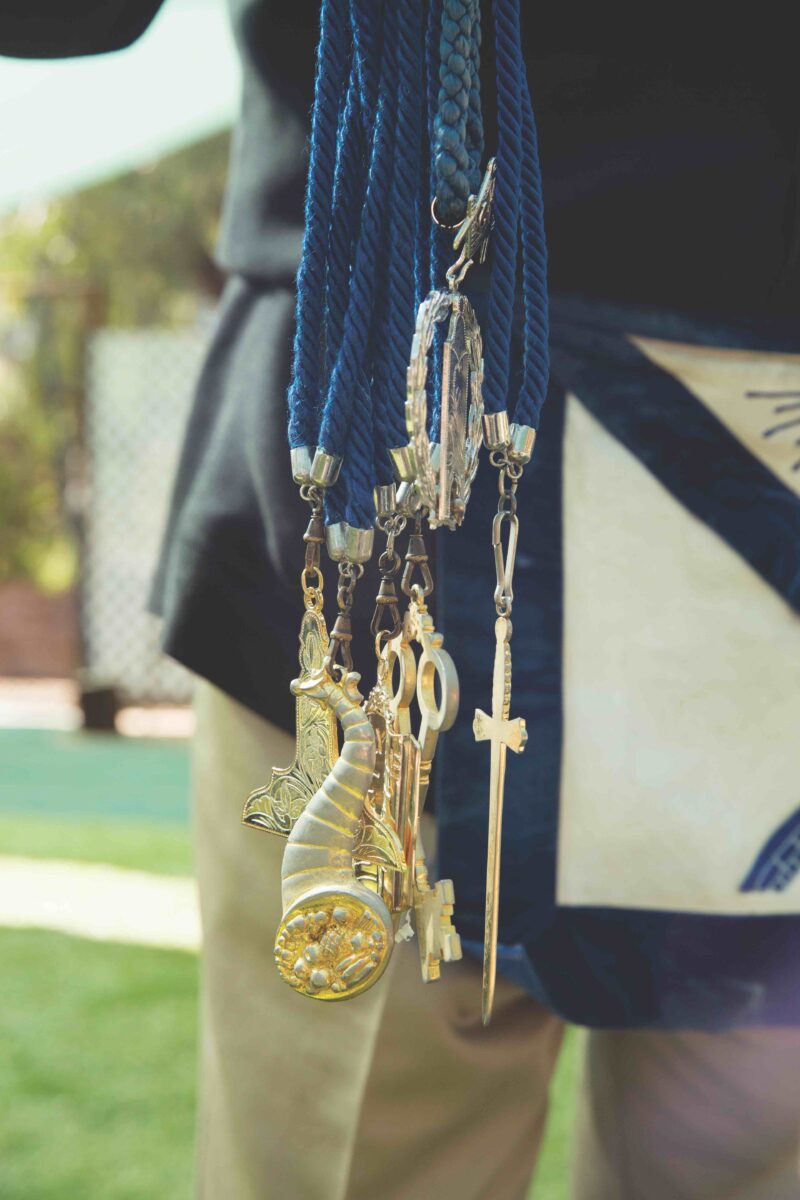 “I can’t emphasize enough what a team effort this was,” McClellan says. “All the district lodges came and worked. We had as many as 14 brothers out there at a time. A lot of skill went into it, and a lot of hard labor, and a lot of fellowship. It was very fulfilling.”

It’s taken hundreds of hours, from the messy work of early construction – belly-down in ditches to lay pipes and install electrical conduits – to, these days, maintaining the site and hosting visiting lodges. It’s taken a surge of support from nearby lodges and brothers, who found a way to donate money and materials – concrete, canvas, pillars, and redwoods, to name a few. Together, they realized their vision. They created a space for outdoor degrees unlike any other, connected to a place that symbolizes the very essence of brotherly love. Like the redwoods that guard it, its place in California Masonry will only grow. 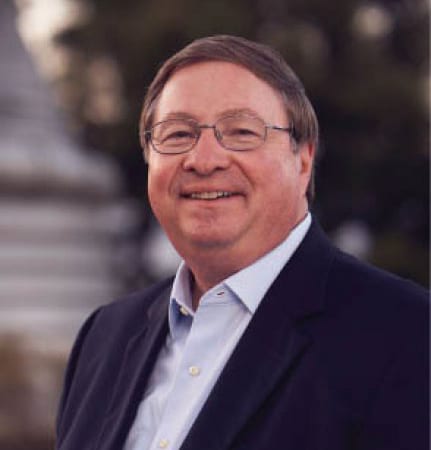 Creating a Culture That Unites 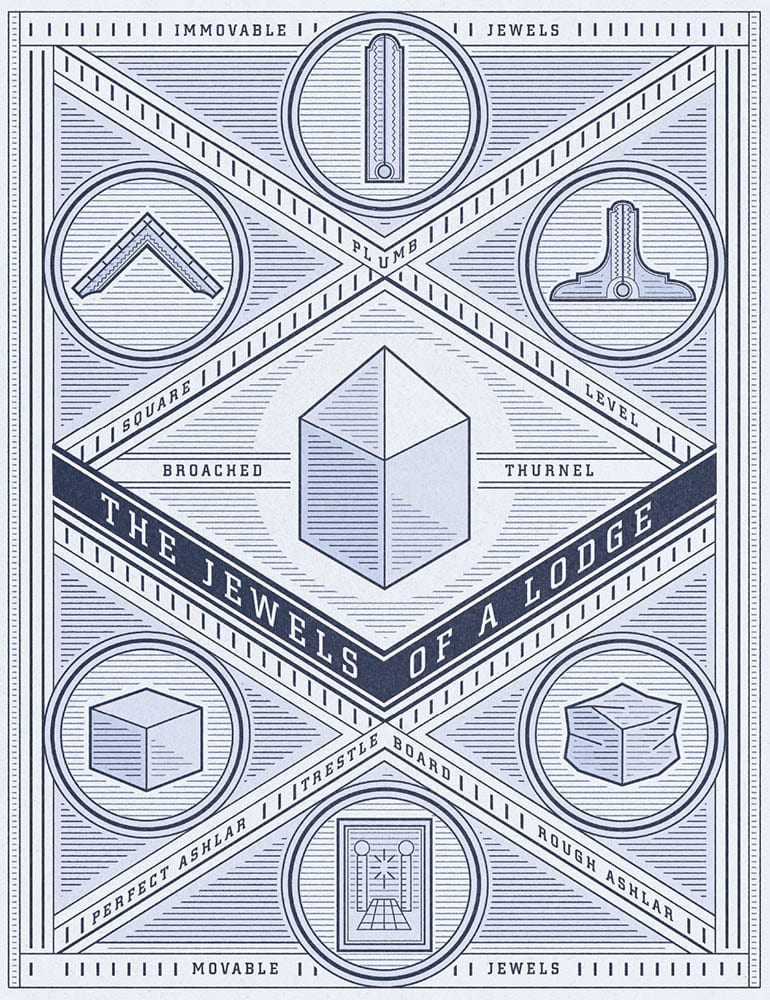 It was the late 1970s when Brett Welch, Garrett Chan, and Albert Lawson’s paths crossed for the first time. 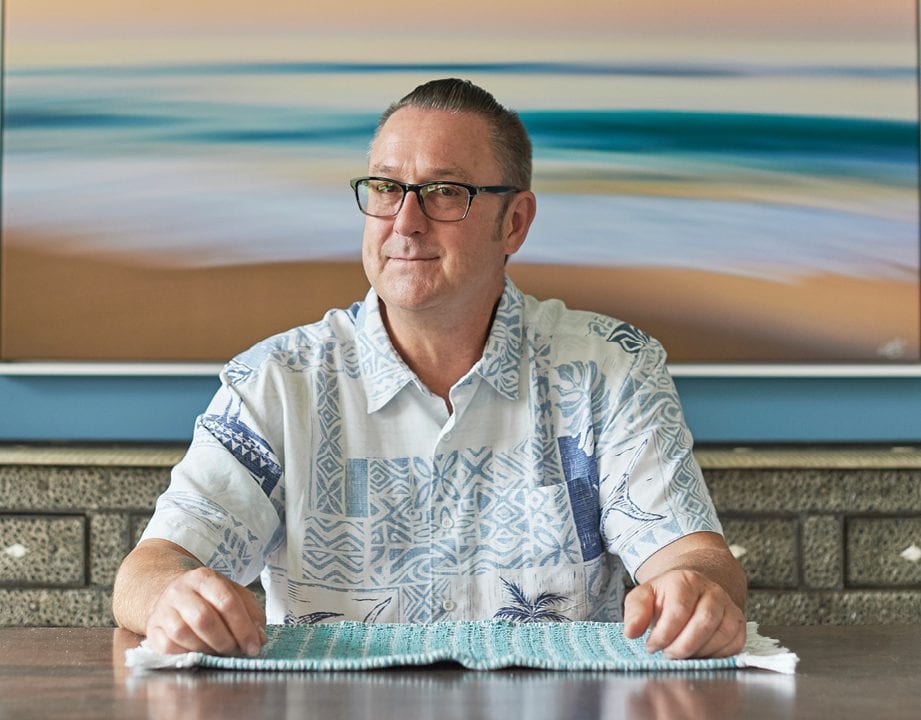 For one 21st Century Club donor, a strong connection to the material culture of Freemasonry has resonated throughout his Masonic experience.