Beginning in late April, the Masons of California will host an exciting and entirely digital speakers’ series featuring lectures and talks from Masonic experts on a range of topics. All events are totally free—to attend, simply register through On24 by clicking on the green button below. Spread the word about these informative online events.

If you’ve missed one, catch up on past lectures on our archives page. 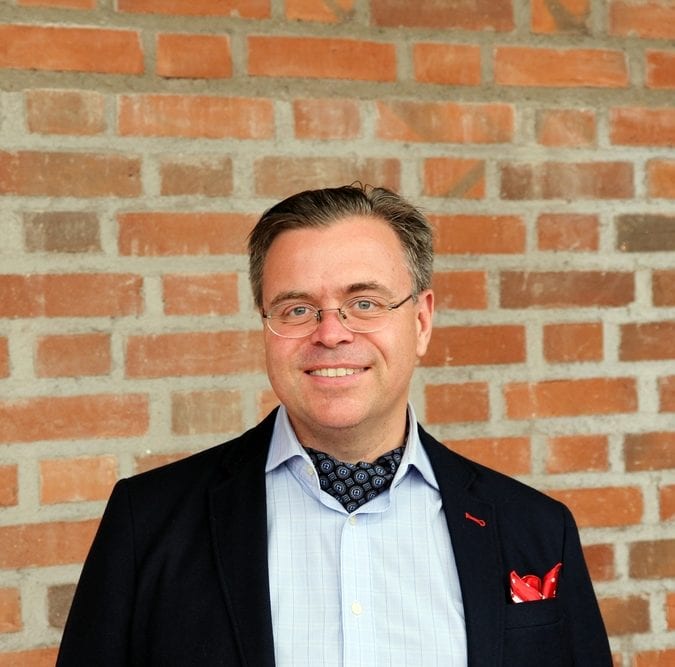 Dr. Andreas Önnerfors is an associate professor in the History of Sciences and Ideas Department at the Universities of Gothenburg and Lund, and is the current master of the Quatuor Coronati Lodge of Research. From 2007–2010 he was contracted by the University of Sheffield, where he worked as director of the Centre for Research into Freemasonry and Fraternalism, and as a senior lecturer in their department of history. Dr. Önnerfors is the author of Freemasonry – A Very Short Introduction, and numerous other papers on Freemasonry and fraternal culture. He regularly lectures on Freemasonry in academia and the general public, and is frequently consulted by international media on various subjects. 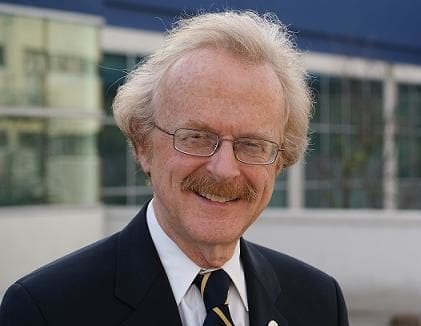 In September of 1791, W. A. Mozart premiered The Magic Flute. It was an instant success. Yet many do not know that Mozart was a proud Mason, and in this great opera lies many references to the Masonic journey. In this enlightening lecture, Past Grand Master R. Stephen Doan discusses the opera and the composer’s intent for the piece to be a dramatic representation of a person’s initiation into Freemasonry.

In 1992, R. Stephen Doan was installed as grand master of Masons in California. He was raised a Master Mason in 1971 and is past master of Triangle Lodge No. 548, now Sunset Lodge No. 369. He has served on several Grand Lodge boards and committees and is currently consultant of the Jurisprudence Committee and vice chair of the Institute for Masonic Studies.

Doan has also been active with numerous appendant bodies and Masonic orders. He is a deputy member of the International Supreme Council of DeMolay, and holds the 33rd degree in the Scottish Rite and served as venerable master of the Los Angeles Lodge of Perfection. He is a member of the York Rite Bodies, Al Malaikah Shrine Temple, the Royal Order of Scotland, Knight Masons, and Societas Rosicruciana in Civitatibus Foederatis. Together with his wife, Donna, he has also served as worthy patron and worthy matron in the Triangle Chapter of the Order of the Eastern Star. 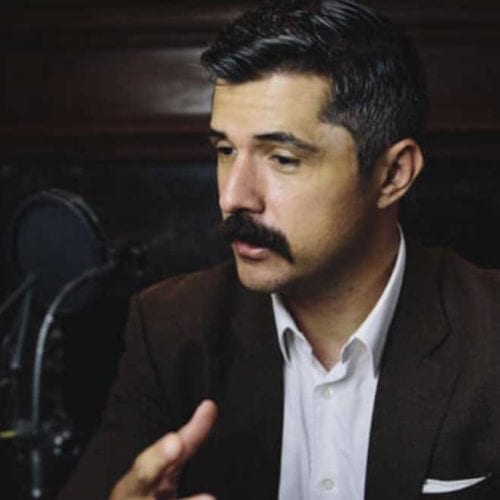 The Life-Changing Power of Conversation will explore why engaging in conversation with others can enrich your life, highlighting its benefits and providing brass-tack tips to help you get more out of your conversations, including how to start small talk, how to avoid conversational narcissism, and how to take conversations deeper.

Brett McKay is founder and editor-in-chief of The Art of Manliness, the largest independent men’s lifestyle magazine on the web, with over 10 million monthly pageviews. His podcast, which has more than 400 episodes, has been downloaded more than 100 million times. McKay holds a degree in Letters with a focus on classics from the University of Oklahoma and graduated in the top 10 of his class at the University of Tulsa College of Law. He lives with his wife (and AoM’s executive editor), Kate, and their two children in Tulsa, Okla. When he’s not writing about manliness, McKay enjoys barbell training and spending time outdoors. 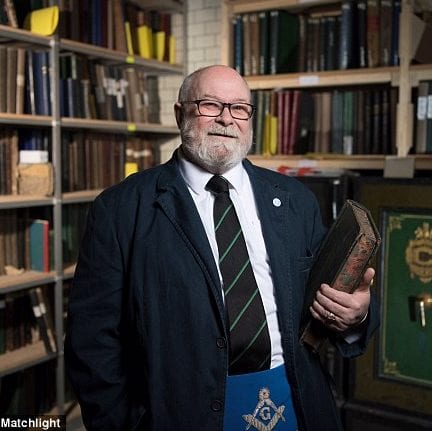 The oldest Masonic lodges in the world—prior to the formation of Grand Lodge Freemasonry—hail from Scotland. In fact, the earliest evidence of a purely speculative Mason can be found in Scotland in 1598. As such, Scotland has played a vital role in the development and spread of the craft, particularly to the United States. In this presentation, Robert L.D. Cooper will outline the evolution of Scottish Masonry and its deep and profound ties to the United States and the American Masonic ritual.

Robert L.D. Cooper is the curator of the Grand Lodge of Scotland’s Museum and Library, making him the custodian of some of the oldest and most precious Masonic documents in the world. A past master of the Quatuor Coronati Lodge of Research and a recognized historian and expert on Scottish Freemasonry, the Knights Templar, and the Sinclair family, Cooper has lectured around the world and has appeared on TV numerous times as a Masonic authority, as well as having authored numerous articles and books. Among them are The Red Triangle: A Brief History of Masonophobia, The Masonic Magician: The Life and Death of Count Cagliostro and His Egyptian Rite, and The Rosslyn Hoax? Viewing Rosslyn Chapel from a New Perspective.

Teresita Aréchiga: The Women of Freemasonry: Past, Present and Future 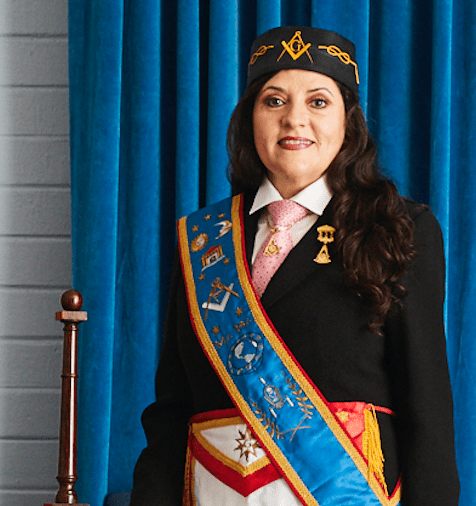 Despite its being a fraternal organization, women have been a part of Freemasonry since its inception. Explore the rich but little-known history of women’s participation in the craft, from early operative Masons in the Middle Ages through today’s world of mixed and feminine lodges, with Teresita Aréchiga, the grand master of the Women’s Grand Lodge of California.

Aréchiga is among the most accomplished women’s Freemasons in the country. She is a cofounder of the first exclusively feminine Grand Lodge of Freemasonry in California, which was launched in 2017. Previously, women’s lodges in California had operated under the Women’s Grand Lodge of Belgium and Le Droit Humain.

She was raised a Master Mason in 2009 under the Gran Logia de California USA (Hispana). Since then, she has helped charter the Women’s Lodge Estrellas de Isis No. 5 and Women’s Lodge Minerva No. 3, both in the Los Angeles area, as senior warden. She is past master of Lodge Estrellas de Isis No. 5 and Lodge Gaia No. 1, which she founded in 2017. She is also a 30° Dama Kadosh under the Scottish Rite from the Hispanic Co-Masonic Order.

In Spring 2019, Aréchiga’s play, The Masonic Working Tools, was presented at the Loge Art et Lumiere of the Grand Orient of France in Santa Monica. She has also written articles for Masonic publications in Mexico, traveled to and participated in several international Masonic conferences, and been profiled in California Freemason magazine. 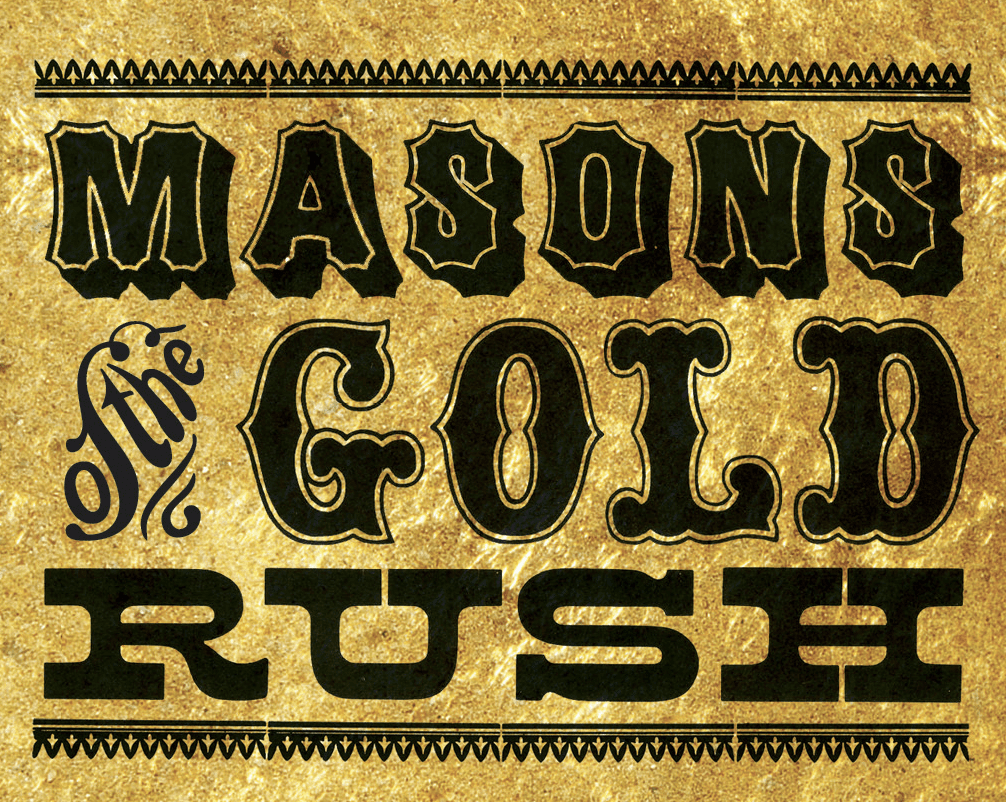 California’s Mother Lode region is one of our state’s greatest resources—not just because of the riches in gold it bore during the Gold Rush period more than a century and a half ago, but also for the people, ideas, and history that emerged from the vein. It is also integral to the history of Freemasonry in California, as many of the pioneers that made the area their home were Masons who would prove instrumental to the formation of the first Grand Lodge of California. The 2020 California Masonic Symposium explores the founding of California and the founding of its Grand Lodge during the Gold Rush period, with a focus on the Gold Country Masons who were at the heart of both. From the key characters and moments to the organizational, moral imperatives of Masonry that underpinned the Golden State, it’s an illuminating reckoning of the legacy that is the Grand Lodge of California.

Speakers including Grand Master Trauner will explore life during the Gold Rush, how mining camps turned into the state’s founding cities, and the origins of the California Masonic Ritual.