Traditions in the Trimming

Below is the article from the May/June 2018 issue of California Freemason. Read the full issue here.

During a regular tiled meeting in a California lodge, one can expect to find an array of officers, sometimes in tuxedoes, always girded in their lambskin aprons, with jewels specific to their office about their necks. At their head, on a raised dais, presides the Worshipful Master, likewise outfitted, with the exception of a black silk top hat on his head. For the most part, a visitor could go from one lodge to the next in this state and at the end of the journey, he would be forgiven for thinking that members the world over wear the same Masonic attire. After all, we as a fraternity pride ourselves in our tradition, and by its very definition, tradition does not change. Right? The answer, like most things about Freemasonry, is a bit more complicated. 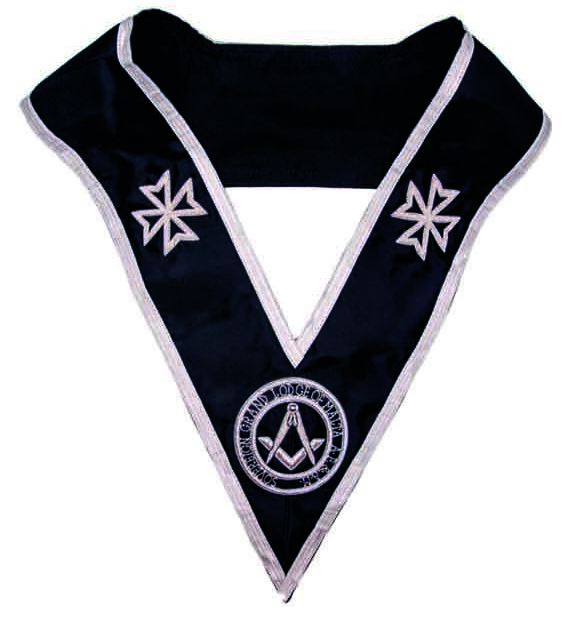 As it turns out, the notion of uniformity falls apart before we even leave our own state. Brothers in some California lodges have replaced the standard formal Masonic attire altogether, preferring instead a more casual culture. Hornitos Lodge No. 98, near Mariposa in northern California, has been bucking tradition for half a century. In place of a formal bowtie and stiff white shirt with French cuffs, members of this small lodge sport a loose Westernstyle white shirt, dark trousers, and Western-style bolo ties around their neck. According to Past Master Gail Wills, this unique attire was inspired by a lodge master in the ‘50s who had a penchant for square dancing.

Leave California and this trend continues. In Massachusetts, for instance, the grand master is distinguished not by a top hat, but rather with an unusual tricorn hat. “It is widely suggested that Paul Revere first wore the tricorn as grand master,” explains Walter H. Hunt, librarian at the Samuel Crocker Lawrence Library in Boston. Aside from a few gaps in the centuries, the grand master of Massachusetts has been wearing this symbol of American patriotism since 1794. 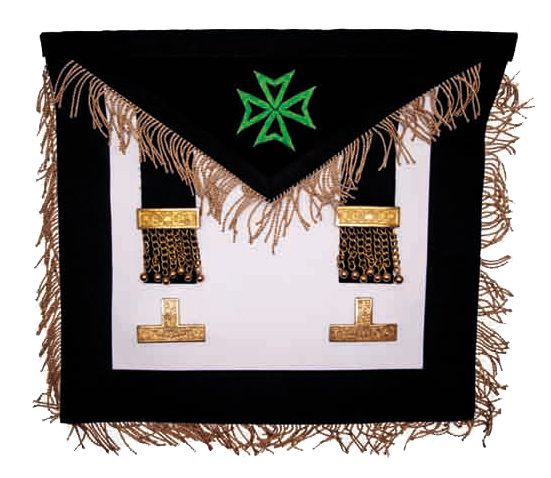 Outside of the United States, there seems to be as many different types of Masonic uniform as there are countries with lodges. In the island nation of Malta, for instance, grand lodge officers proudly display the “Maltese Cross” on their aprons, their chains of office, and anywhere else they can find. This eight-pointed cross was the symbol of the Knights of St. John, a military order of crusaders who arrived in Malta in the 16th century. In California, Entered Apprentices are distinguished from Fellow Crafts by the way they wear their white lambskin aprons. But in each case, the Masonic apron remains the same. This is not so in Malta: In Maltese Masonry, as the initiate gains more light in Masonry, his apron gains more trimming. Beginning with the plain white lambskin, candidates’ aprons progressively become more ornate.

Even in the United Kingdom – the very epicenter of Masonry and home to the oldest lodges in the world – unique designs push their way to the surface. In fact, the only rule for Scottish Masonic regalia is that there aren’t any rules. “All Scottish lodges can choose which color or colors to use for their regalia,” explains Robert Cooper, curator of the Grand Lodge of Scotland Museum and Library. “A lodge in one part of the country may use red for its aprons and other regalia, whereas a lodge on the other side of the country may choose blue and orange.” Frequently, you will also see Scottish lodges proudly wearing that most Scottish of designs: the tartan. 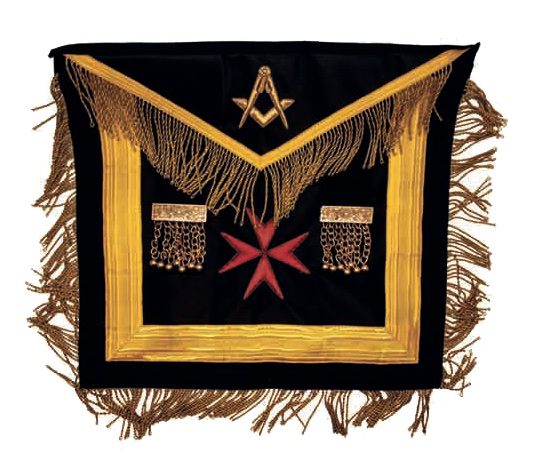 And the reason behind those colors or designs? Well, that too varies. “The reasons might be obscure,” admits Cooper. “More often than not though, there was a conscious decision taken by the founding members when choosing a particular color or combination of colors.” For instance, The Celtic Lodge, Edinburgh and Leith No. 291, founded in 1821, chose Royal Stewart Tartan. Their reason, explicitly stated, was to “promote the wearing of tartan within the Scottish Craft.” Cooper explains that this was “a romantic reaction to the repeal of the Act of Proscription of 1746.” Among other things, that act had banned wearing tartan and playing bagpipes.

Like the history of wearing the tricorn hat in the Grand Lodge of Massachusetts, the origin of varied Masonic attire in the Scottish tradition goes all the way back to the beginning. “When the Grand Lodge of Scotland was founded in 1736 there were [already] approximately 100 lodges in existence, scattered across Scotland,” says Cooper. Only 33 of those lodges attended the first inaugural meeting of the Grand Lodge. It seems most didn’t like the idea of a central authority dictating to them what they could and could not do. In order to make the idea more palatable, the Grand Lodge “granted” each lodge, among other things, the right to choose their own Masonic attire. It’s been that way ever since.

Above:
Past Master Gail Wills of Hornitos No. 98 models his lodge’s unique western-style attire.

As the Grand Lodge of Scotland established sister lodges throughout the world, they exported this treasured sense of individuality. Today, visitors will find members of Lodge Tullibardine in the East No. 1118 S.C., in Kuala Lumpur, Malaysia, sporting Murray Tartan. This was the clan tartan of the Grand Master of Scotland at the time Lodge Tullibardine in the East was established in 1913.

Historically, Freemasonry traveled from England and Scotland and went on to establish roots in virtually every continent in the world. Today, from Massachusetts to Malta, Scotland to Malaysia, Masons regularly gather together in brotherhood and mutual respect. In our fraternity’s international ranks are men of all colors and creeds, each one bringing with him his own heritage and beliefs. Is it any wonder that the trappings of Masonry are subject to cultural appropriation? After all, no organization, no matter how timeless its tenets or deep its traditions, comes through a journey of time and distance unchanged. Freemasonry is no exception.

Contemplating the heritage underlying his own Masonic experience, Brother Hunt in Boston remarks, “There is nothing quite like the procession of Grand Lodge officers in their regalia.”

Across the ocean, in Scotland, Brother Cooper agrees. For him, seeing the parade of colors and designs in Scottish lodges, reminds him of “why Scottish Freemasonry remains unique in the world,” and he is inspired to add: “Long may it remain so.”

An observer might believe that the power of Masonry lies in its stability, its unvarying continuity over the centuries and across continents. And yet, in reality its strengths also lie elsewhere. Rather than dilute the member experience, or otherwise undermine the stability of the fraternity, the malleability of Masonry appears to be one of its strongest characteristics. We all look for a reflection of ourselves in the organizations with which we associate. If its different traditions of dress are any indication, Masonry is an organization with a thousand faces. And in the words of Brother Cooper, “long may it remain so.”