For the 2020 season, Masons4Mitts refocuses on addressing the “covid slide” in schools.

It became clear early on that the 2020 season of Masons4Mitts would be different than those that came before it. With Major League Baseball delaying and then shortening its season, and with most youth baseball programs on hiatus, new questions emerged about how the California Masonic Foundation could make its impact felt. But for Doug Ismail, president of the Foundation, that question was simply one of form, not function. “Masons4Mitts was always about more than just baseball,” Ismail says. “It has always been about reaching into communities and providing enriching experiences for kids.”

So the Foundation adapted. Working alongside its Major League partners in San Francisco, Los Angeles, Anaheim, and San Diego, Foundation staff devised a new program to help young people in those areas, even if team sports were temporarily off the table. With help from the national youth-literacy nonprofit Raising A Reader—with whom the CMF has partnered on Public Schools Month campaigns—the Foundation compiled thousands of Super Summer Book Bags to distribute to kids in each Major League market. The bags are filled with scholastic materials designed to help combat the “COVID slide,” or educational backsliding that experts worry may leave disadvantaged students even further behind grade level as a result of the disruption to classroom learning.

The bags are packed with books, art supplies, and other educational materials, vetted by experts from Raising A Reader and delivered through the charitable arms of each Major League team to students in their region. In Los Angeles, families lined up at several drive-through sites to receive their book bags, along with the signature Masons of California–branded, Dodger-blue baseball mitt. Victor Salcedo, master of Metropolitan Lodge No. 352 in Monrovia, volunteered at Belvedere Park in East L.A., where for more than four hours he and a dozen masked Masons handed out bags and mitts. “To see so many local Masons come out to help was great,” Salcedo says.

In all, Masons4Mitts distributed more than 7,000 bags across the state. Freddie Davis, a Masons4Mitts team captain, district inspector, and member of Gardena Moneta No. 372, says the experience reaffirmed his faith in the program. “If my brother Masons could see the looks on these kids’ faces, they would take their wallets out and donate immediately.” 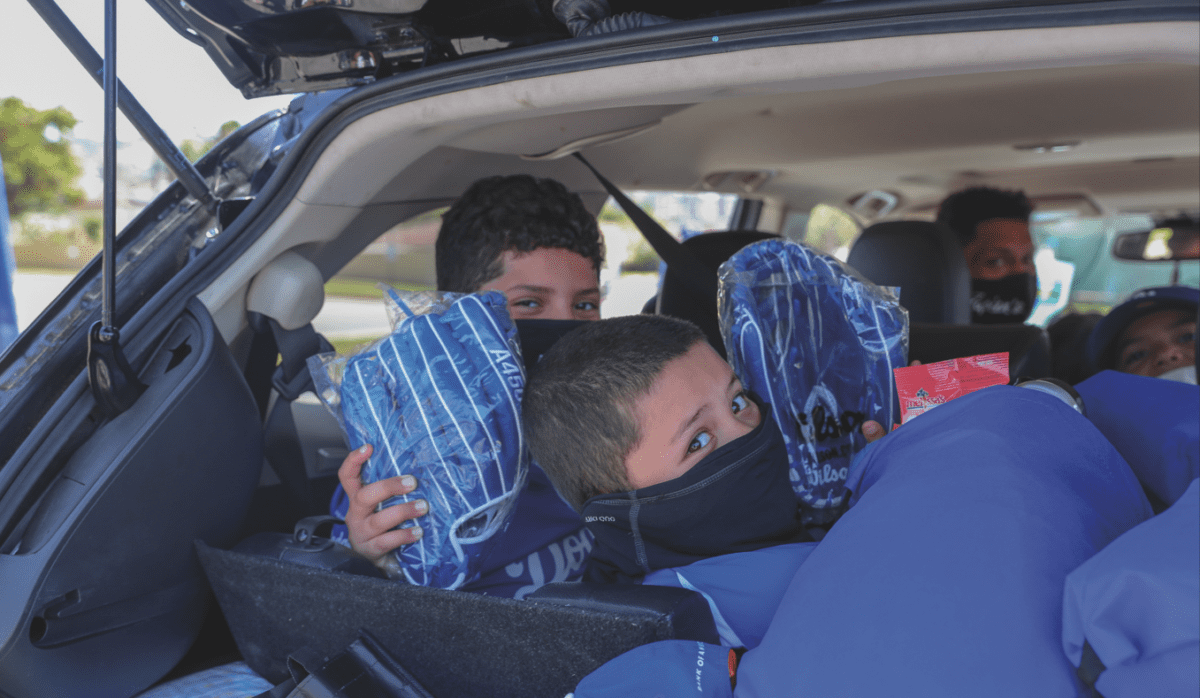 As summer draws to a close and kids return to a classroom of some sort, the program is again pivoting back to its tried-and-true mitt donations. For Salcedo, this was the first year his lodge had volunteered for Masons4Mitts, but it won’t be the last. “It was a full community and Masonic effort, and one worth being a part of.”

A Master Mason gumshoe taps into his inner Philip Marlowe to hunt down the truth.

A historian probes the enduring appeal of Masonic secrets.